Advanced Specialty Contractors and Insulators from Local 23 Harrisburg, PA gather for a photo after a Thanksgiving celebration held at the Panda Hummel Station Project.Touted as one of the biggest coal to natural gas conversion projects in the US, the Panda Hummel Station Power Plant, joint venture of Panda Power Funds and Sunbury Generation, is a 1,124MW natural gas fired, combined-cycle power plant. It will replace the 400MW Sunbury coal fired power plant that was decommissioned in 2014.The output from the Pennsylvanian combined-cycle power plant will be sufficient to serve approximately one million homes, primarily within Philadelphia and the New York metropolitan areas.  Compared to the retired coal fired power plant, the new plant will generate 180% more power, use approximately 97% less cooling water, and reduce sulphur dioxide (SO2) and nitrogen oxide (NOx) emissions by more than 90%.To date Advanced Specialty Contractors has logged over 18,000, injury free, man hours with a current work force of 70 insulators.  The project is scheduled for completion in 2018. 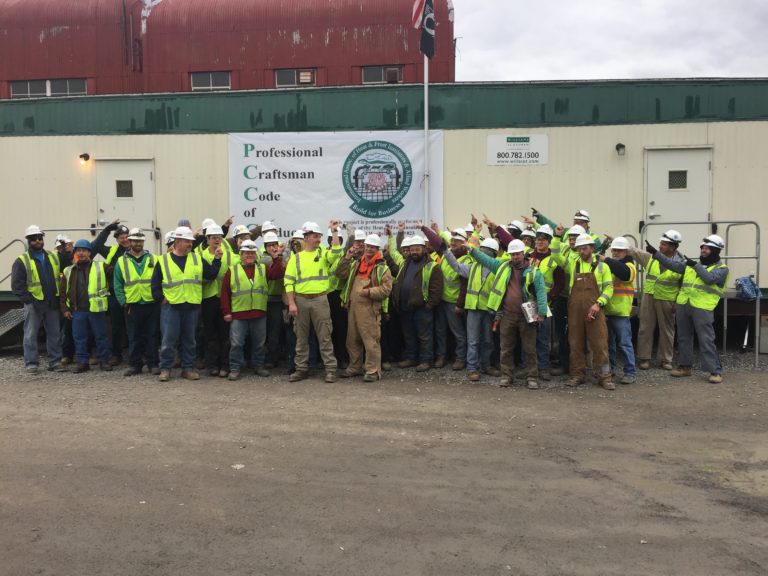 Contact us today for more information on what Irex Contracting Group can do for you or to consult with a contracting professional near you!
Contact Us